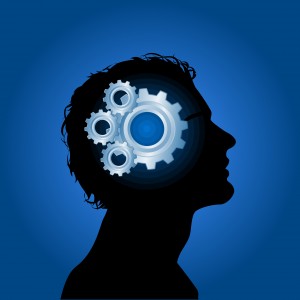 I just learned about Cyborg science the other day. The phrase comes from the book, Machine Dreams: Economics Becomes a Cyborg Science, by Philip Mirowski. A cyborg is a combination of man and machine. It’s a good term to describe how common it is for ‘scientists’ to use mathematics to describe, influence, and exert control over human behaviors. The book is particularly about how economics has incorporated more and more mathematical models, which it relies on to predict the future, but this is only a reflection of similar move in every aspect of society. As we point out throughout these pages that is a shift that robs us of our humanity. We are all able, as alive human beings, to adapt to changes in our environments in novel ways that mathematical models have no way of predicting.

It seemed to start with the mathematician John von Neumann’s introduction of game theory, which tried to figure out how we make decisions. This grew into the social sciences–the sciences that deal with people. Pretty soon it became apparent that some kind of games were more predictable, and since predictability is more desirable that the unknown that is where we have tended to look and go. Mostly this is done, in the political realm anyway, by finding something we are afraid of. This makes us go into our survival mode of thinking that originates in the lowest parts of the brain; the part that is called the reptilian brain for the good reason that reptiles have this kind of a brain. Responses from this part of the brain are much more predictable so social scientists use them more often. When you confront a snake it will either coil to strike or go under a rock. That’s the ‘fight or flight’ response that we have all inherited, and it saved a good many lives when our ancestors were confronted with saber-tooth tigers, but today the response is costly because most tigers are your bosses. Behaviors that come from decisions made in this region are mostly mechanical and predictable, just like Machine Dreams describes.

Actually, we are really more than that. Overlaying our reptilian brain we have a midbrain or emotional brain, and overlaying that we have a cortex with frontal lobes that provides another layer for thinking out our options. When we operate out of a safe place that allows us to use our cortex we can come up with novel solutions and different options that help us to win more often.

I used to work in the Emergency Room at Ft. Irwin in California, the US Army’s training center for desert warfare. The Army uses games there to help the troops learn, and the Opfor ­– Opposing Forces – are stationed there. Cortical thinking is much of what they do; they are in the business of creating surprises. It’s the kind of thinking that Lt. Gen. Paul Van Riper used to sink half the US Navy in the Millennium Challenge war games. It’s a good thing they were games and that the damage could be easily reversed by the flip of a switch (and the Pentagon could just as easily hide it). Like Gen. Van Riper, terrorists commonly use cortical thinking to dream up scenarios that drive us into fearful thoughts that close down our cortical thinking; and we have taken the bait since our responses have been mostly mechanical, predictable, military and expensive. The purpose of terrorism, wherever it is found, is to drive the other in this direction. In our case the terrorists hope is that we will eventually exhaust our resources just like the Soviet Union did in Afghanistan.

We need other options that allow us to stay with cortical thinking. We need to ‘just say NO!’ to reptilian responses.