Our healthcare system is a classic example of a complex adaptive system. In the early days, when the marketplace was not regulated at all, there were just a bunch of doctors, along with a fair amount of charlatans, doing their thing to make a living. Doctors like Oliver Wendell Holmes saw the problems and said things like, if all of the drugs, “as now used, could be sunk to the bottom of the sea, it would be better for mankind-and all the worse for the fishes”. This resulted in the government regulating doctors and the birth of the American Medical Association; and both of these were based on fear: the people’s fear of poor doctors, and  the doctors of being labeled ‘poor’. Fear, as we point out in many places here, shuts down rational thinking and goes to our more primitive brains for responses. In these places survival is first consideration, and in our society survival means having enough money. It is not unreasonable that our system has evolved into the most expensive in the world.

But according to the Institute of Medicine, there is a chasm between what we pay for and what we get. Scientific medicine with anesthesia and surgery, the need to pay for it, and the need for profit, led to medical insurance, which seemed a good idea, but it cut the purchaser out of the bargaining loop and destroyed the value of the marketplace in regulating both price and quality. Our question now is how to correct for all of these problems. The Affordable Care Act is based on expanding the insured base, but does nothing to get the patient back into a bargaining position. 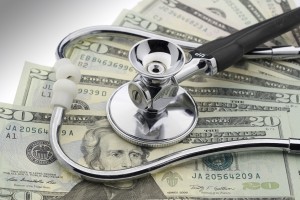 We need something more. The question for all of us is: what can we do to correct the maladaptations that have led to our current mess?

Seeing differently is the beginning. Looking at other countries is helpful: William Haseltine’s book, Affordable Excellence, looks at Singapore’s system. Bloomberg ranks it now as the best in the world and we see it as a tangible example of what we described in our book. It is based on a kind of Social Security, funded, like ours, from personal and employer contributions, but it is controlled by the individual, can be used for healthcare, education, purchasing a house, or used for a family member in need of help in these areas. It puts the individual back in the mix and empowers him or her with the financial power to do act. Click here for more about Singapore. While Haseltine describes the best healthcare system he doesn’t talk about why the elements in Singapore create such a good system. For this explanation, which looks at the benefits of empowering people to make good decisions, click here.

To get an grasp on the big picture of how to start seeing differently, visit our “Idea Behind This” page. Thinking anayltically has affected many facets of our society.  Read more about the consequences of analytical thinking in the following areas: