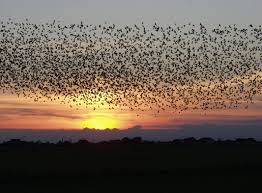 Craig Reynolds modeled the complex flocking patterns of birds and fish using three
main steering behaviors: separation, cohesion, and alignment (see his website: http://
www.red3d.com/cwr/boids/). Reynolds called the generic simulated creatures “Boids,” and Dr.
Jones and Jerry Bozeman adopted this name into the title of their book. As birds, fish, and
humans are all complex adaptive agents, it is helpful to apply these steering behaviors to our
own systems.

“Adequate personal space, separation, allows us to function independently and decreases
hostility. Cohesion is a defensive adaptation; agents join together to increase their efficiency
and better deal with danger — ‘to form a more perfect union…and provide for the common
defense.’…Alignment can be, and often is, on something as simple as the next meal, but a few
billion years of evolution reveals nature’s alignment to be centered both on survival, of which
eating is just a part, and increased complexity or diversity.   – The Boids and the Bees, page 8

The alignment aspect of this model is a key part of our message at Common Sense Medicine.
The mechanical model through which our society sees the world objectifies the people and
systems in it. It ignores their amazing ability to adapt. By treating them as objects instead of
complex adaptive agents, it threatens them, pushing them towards the survival adaptations
and neglecting the diversity adaptations. This is unhealthy and problematic. It is seen in our
healthcare system as we treat symptoms and bodies instead of the whole individual. It is seen
in our education system as we teach children with inputs (lectures, repetition) and outputs
(tests) instead of allowing them to explore the environment and information around them. These
mechanical systems push people toward survival adaptation – gaming the system, cheating, or
fighting against the system. In order to encourage adaptation toward creativity and diversity, we
must recognize and inform the adaptive agents, and give them a safe place to play. Our goal is
to encourage this healthy adaptation, and seeing differently is the first step.

References:
Jones, A. H., & Bozeman, J. (2009). The Boids and the Bees: Guiding Adaptation to Improve
our Health, Healthcare, Schools, and Society. ISCE Publishing.